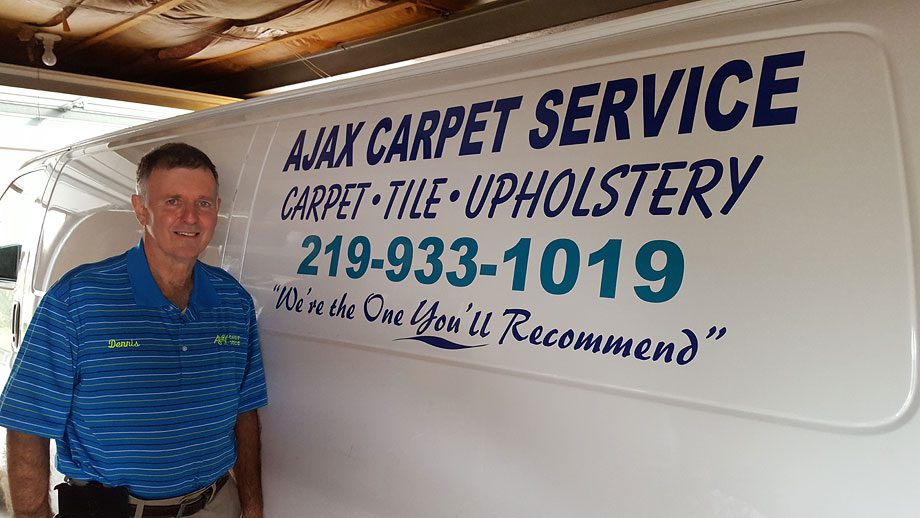 It was the summer of 1978, I was installing carpet, as a crew member, for another installer. I knew the owner of the store I was doing the work for that day, formerly being a manufacturers rep who sold him carpet. I had thought about talking to him about working for him as an installer. At the end of the day the owner asked, "Do you work for yourself or for the other guy?" I answered that I worked for the other guy. He followed, "Too bad because if you had a truck we could put you to work." My answer … "I have a truck." I got home and called a friend who owned an auto dealership and told him, "Quick, find me a truck." Three days later I was at the carpet store doing my first job, as a self-employed carpet installer. Thus … Ajax Carpet Service was born.

A lot has happened since 1978. Before that I sold carpet at a retail store and, after venturing out on my own as an installer, purchased carpet directly from Georgia. Over 30 years on my knees, and I really enjoyed it. There is a satisfaction leaving a carpet installation job that was well done. If I liked it I knew the customer would be happy. I was very demanding on myself.

One thing leads to another and I did some independent carpet inspections for carpet mills, had the good fortune of touring two carpet mills, including a nylon making plant. That was fascinating. My favorite part of being a carpet installer has been doing repairs and re-stretches. Taking care of a problem is very rewarding. Along the way I met a man (owner) whose business was supplying carpet cleaning chemicals, supplies, and carpet cleaning trucks. Owner used to say to me, "When are you going to buy a truck mount?"

I was installing carpet in several stores for a well known furniture retailer and Owner sent a truck to me and we cleaned the carpet in one of the stores. They were delighted, so much that I signed a contract to clean all of their stores on a regular basis. That contract enabled me to afford my first truck mount. It is 1989 and I'm now a carpet cleaner.

Along the way I have not only met and worked for many satisfied home owners but have a long list of commercial accounts – private business, government and rental units. Testimonials from my customers have been greatly appreciated. I have also had a long association with Angie’s List and they have bestowed on me the 'Super Service Award', year after year. It is an award given to a small percentage of Angie’s List businesses.

I look forward to meeting you and providing a service I know you will be very pleased with. Then you will understand why I chose as my slogan … "We’re the One You'll Recommend!" 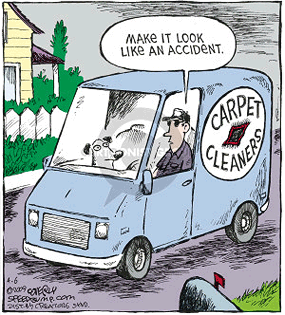